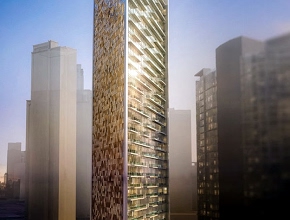 Get in touch with SRG Holding Limited

All SRG Holding Limited's buildings on the map The family company SRG Holding Limited is not only active in real estate development, but also in the development of hospitality and wholesale trading. Under the inspirational leadership of the second generation of the Al Rafi family, the company is rapidly becoming one of the leading developers in the United Arab Emirates.

The company was founded in 1958 by Abdulsalam AlRafi as a trading company for agricultural goods and later on expanded its activities into the real estate sector. Nowadays, the company consists of 3 major parts, which are SRG Properties, SRG Leasing, and SRG Property Management.

What does SRG Holding Limited offer to buyers in Dubai?

One of the buildings that helped the company become a household name in the real estate sector of the UAE, is Marina Heights. This building consists of 55 floors while housing 280 units of apartments. Over time it has become an iconic building in the Dubai Marina area.

Marquise Square is a residential tower with 29 floors and 384 units of luxury apartments for sale. Benefiting from a prime location, near Dubai Creek, the building offers everything from studios to 3-bedroom apartments. The building was completed in the middle of 2019 the size of the units varies from 474-2323 square feet.

Being a family company, SRG Holding Limited y has developed a strong set of corporate values that drive the company to the highest professional standards. However, those are not the only things that make SRG Holding a respected company in the real estate sector of the UAE.

When you want to know more about the real estate development projects realized by SRG Holding, Korter is the right place. Here you will instantly find all the information you have been looking for. Things as prices, location, contact information, images and videos, and much more are now all combined on one page. When something is not clear or you have additional questions, simply register and contact one of our consultants.

More developers in the UAE